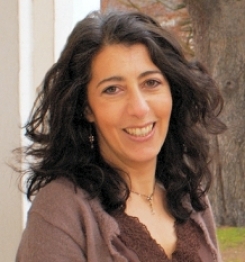 We were shocked and saddened to hear of the death of Professor Anna Craft, who worked tirelessly to champion creative education and touched so many people's lives.
Our research interests were highly congruent and our paths often crossed. I first met Anna in the late 1980s, shortly after I completed my doctoral research into the views of over 1000 UK teachers on creativity, teaching and learning. Anna was working at the Open University and began a similar study in which she incorporated some of my measures.
We each independently introduced creativity courses into the curriculum of our respective universities, as well as publishing widely in the field. We both contributed to the development of All Our Futures: Creative and Cultural Education - the report of the UK's National Advisory Committee on Creative & Cultural Education (NACCCE) led by Sir Ken Robinson - and also to the work of the Qualifications & Curriculum Authority for England (QCA) on creativity education which culminated in the QCA's publication: Creativity: Find it; Promote it!
Sometime later, Anna invited me to Milton Keynes to talk to a group of Open University academics about the Centre for Creativity & Innovation (CIC) which I had set up in my university as they were also planning establish a creativity centre at the Open University.
The last time we met was when she contributed to our international conference, Creativity & Cultural Diversity, and an internationally-authored book of the same name. More recently we each set up creativity journals - Anna was founder and co-editor of Thinking Skills & Creativity with Rupert Wegerif, whilst we set up Creativity & Human Development.
Anna will be very much missed, and we offer our sincere condolences to her family and all those who knew her.

More in this category: « Welcoming Kirsten Hardie Crea Conference in Italy - 15-19 April 15 »
Login to post comments
back to top