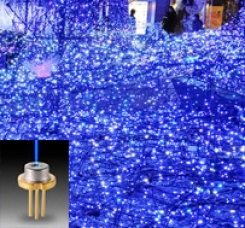 We can find creativity in most fields in which people are working. In this brief paper we limit our focus to science, medicine, industry, subculture and the field of education without touching on the fields of literature, art, music, and social science.

Creativity in the scientific medical, industrial and sub-cultural fields

What caused the sudden increase in the number of Japanese Nobel Prize winners?

In Japan, the word ‘creativity’ is often used to refer to the greatest talent and the works of special people such as a great scientist, writer, architect, painter or musician. The number of Nobel Prize winners who are recognised as greatest scientists has increased rapidly during the last 20 years (16 winners). This number is second largest to the US. Why has the number suddenly increased? Several reasons can be inferred. The number of university students has increased rapidly since the 1960s. Many brilliant students who graduated from Japan’s universities then studied in American universities or research institutes and discovered themes connected to the Nobel Prize. After much trial and error, they finally completed these studies. Another reason may be attributed to their dexterity or the ability to think out unusual methods to solve problems in their areas.

Two studies that created a revolution in medical care, communication and illumination 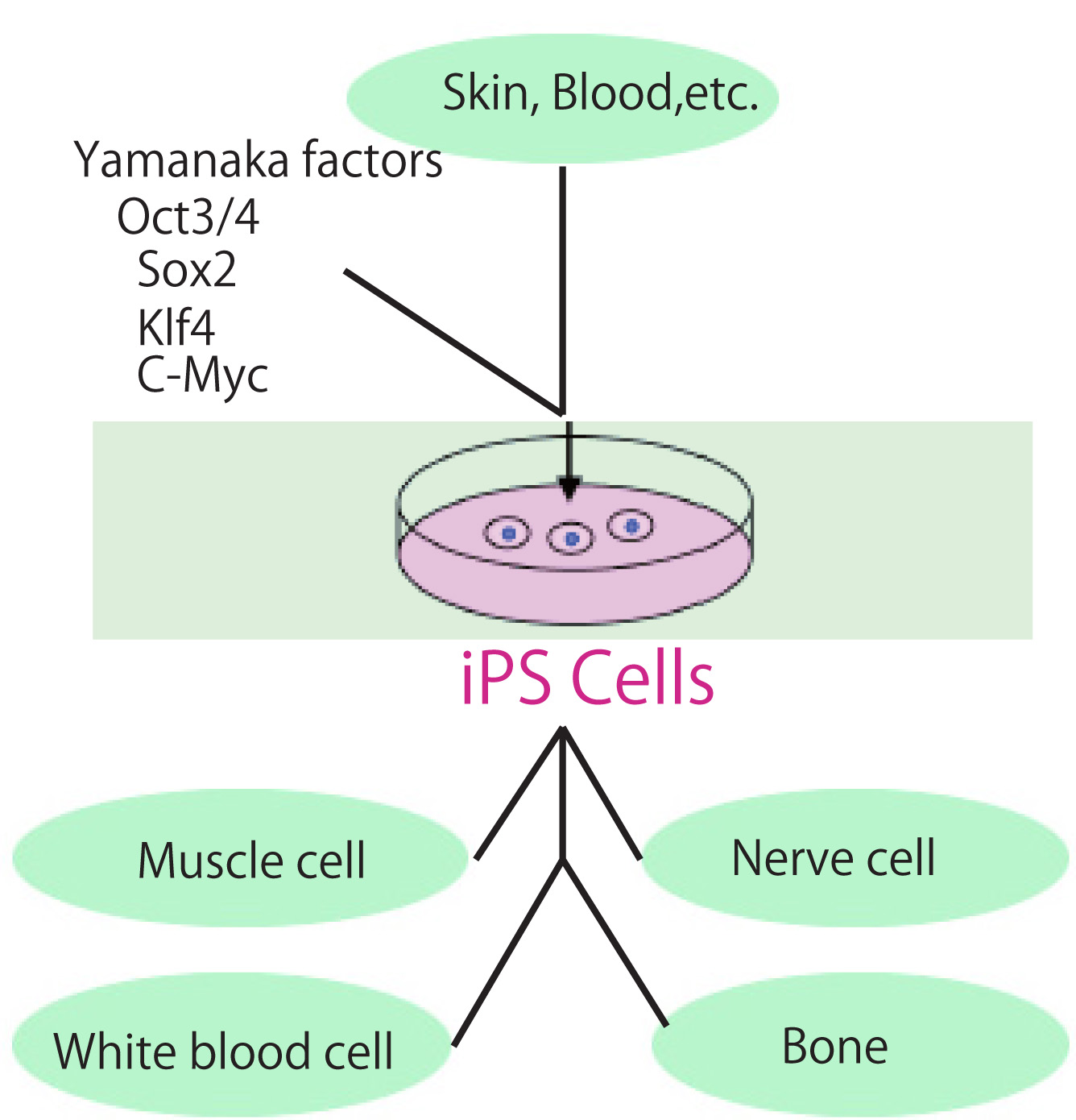 The ‘iPS’ cells were established by introducing a small number of genes into ordinary human somatic (differentiated) cells. These pluripotent cells can differentiate into any type of cell in the body and proliferate indefinitely in culture. The process of changing a cell from a differentiated to a pluripotent state is called reprogramming. The method developed by the Yamanaka group has been shown to be highly reproducible, relatively simple, and is evaluated as a major scientific breakthrough. 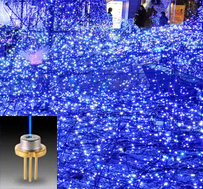 The second example is the ‘Blue Ray Diode’ which was invented basically by Dr. Akazaki and Dr. Amano, and raised to the level of practical use by Dr. Nakamura. Dr. Nakamura developed the first commercially available blue and green light emitting diodes and the first blue semiconductor laser based on GaN. GaN and its related compounds allow the fabrication of highly efficient light emitters and lasers ranging from red through yellow and green to blue in a single material. The breakthrough in GaN technology opens many new commercial applications for semiconductors, including displays, road and railway signaling, lighting, scanners, optical data storage, and much more. In addition, this technology makes possible highly efficient and brighter power devices. The invention is bringing big benefits to people in developing countries where electricity supplies are insufficient.

The ‘thought of improvement’ that has been inherited in Japanese society

In Japan, in which the rice growing culture has prospered from an ancient time, has the ‘thought of improvement’ which has been passed on from generation to generation. It came from the fact that the harvest increases whenever a farmer deliberately cares - providing water, manure and the right environment. This mindset has been inherited up to the present day and is the driving force behind innovation in study, industry and in the business-world, and it brings about big results. For example, 39 companies have been chosen as the ‘100 Top Global Innovator 2017’ by Clarivate Analytics (USA).

Why are so many companies judged to be innovative?

Why are so many companies judged to be innovative? Let's consider the reasons. Consider, for example, the ‘Hamamatsu area’ located midway between Tokyo and Nagoya. This area has global car companies Toyota, Honda, Suzuki and also musical instrument companies: Yamaha, Japan Musical Instruments, and Roland. In addition, there is Hamamatsu Photonics who are making a photoelectric tube of highest sensitivity. This photoelectric tube invention contributed to the Nobel Prize study of Professor Koshiba entitled ‘The Observation of the Neutrino which Occurred Naturally’. It seems inevitable that the following factors could be contributing to the reasons that many global corporations have appeared in the Hamamatsu area.

What influences innovations in the Hamamatsu area?

Several factors can be considered:

a) There is a climate of hard work.

b) The area welcomes people from other regions.

c) The area has the mentality of entrepreneurship:

d) People living in the area have a special mindset and attitude (‘Yaramaika’) with regards to work, for example:

f) The area has had many supporters, or business angels.

g) The area has a strong leadership of administration (the Chamber of Commerce of the city).

Currently in Japan, the population of youth in local cities and towns is decreasing rapidly. On the other hand, the population of elderly people is increasing. In order to maintain these regions, people create special products and innovative businesses to attract domestic and foreign sightseers. However, many organizations have failed to innovate because of lack of resources, including young people, capital and excessive delays in making decisions.

Originality in the sub-culture and pop-culture

In the 1970s, American culture was introduced, and ‘originality’ - one of the elements of creativity came to Japan, and was frequently used in fields such as fashion, design, painting, photography, and music. Even today, people are developing original works such as animated cartoons, comics, fashions, costume play cloths and souvenirs based on the concept of ‘Kawaii: pretty, lovely, cute, little, tiny’ that is peculiar to Japanese culture.

The achievements in PISA for 15-year-old students

PISA is the OECD's Program for International Student Assessment. Every three years it tests 15-year-old students from all over the world in reading, mathematics and science. The tests are designed to gauge how well a student masters key subjects in order to be prepared for real-life situations in the adult world.

In PISA 2015, 72 countries and economies participated. Their performances in science, reading, and mathematics were compared. The Japanese students came first in science and mathematics and sixth in reading out of 35 OECD member nations. From these rankings, it can be said that the Japanese students are superior in problem solving skills in science and mathematics, while their reading skills are a little inferior. We cannot conclude from this that Japanese students are superior in creativity in these domains, because these tests are not examining creative solutions to the problems. However, it can surely be said that these students acquired basic knowledge and solution skills for a lot of real-situation problems. This knowledge and these skills might be used for solving more creative problems.

More than 200 senior high schools have been chosen as Super Science Schools in 2019.
In these high schools, each school develops a science and mathematics oriented curriculum. The students attend several classes at a university and visit research organizations, in cooperation with university and research organisation staff. And the professors and researchers of the university teach science and mathematics at their schools. In addition, experience-based training sessions or camps are carried out.

The teachers of these high schools study the effective instruction methods for developing logical thinking, creativity, and originality. They collect the data by using their instruction methods for a certain period of time and examine whether the methods have been effective or not. The teachers revitalize the activity such as by running a science club. In addition, they encourage participation in various contests. The students interact with top-class researchers and engineers in Japan and foreign countries, come into contact with advanced technology, and exchange with students of other Super Science Schools in the country.

To extend the creativity of each individual student, various contests and several scientific prizes have been established. In technical high schools and colleges of engineering, many students participate in robot contests, solar car contests, programming contests, and a human-powered aircraft contest. In addition, a lot of junior and senior high school students apply for youth scientific prizes. Furthermore, schools open science laboratories during the summer vacation to the students who aim for such prizes, and support their activities.

Although on a limited scale, activity to support individual student’s free study is spreading. The Japan Science and Technology Agency (JST) supports a next-generation scientist development programme and a youth doctor development programme. In order to execute these programmes across the country, ten universities are chosen every year. In this way, this has started the movement that supports the fostering and development of creativity from outside the school.

With regards to learning, Yumino (2014) distinguishes between ‘Manabi: Acquisition’ and ‘Tsukuri: Creation’. According to this classification, creativity is placed on the extension line of Tsukuri. However, in ordinary schools in Japan, most lessons are reduced to Manabi not Tsukuri. It is rare that the lessons venture into the Tsukuri domain.

The reasons are as follows:

a) In traditional Japanese culture, ‘Manabi’ is supremely important. The reason is that Japan learned most things from foreign countries - in olden days from China, in modern days from Europe and the US. For a long period of history, people had a belief that Manabi (Acquisition) was most important in learning.

b) The Japanese teachers and parents who do not know foreign advanced education well think that Manabi is ‘whole of the learning’ and do not demand the education that ventures into the domain of creativity.

c) The students learn the content of many subjects superficially Therefore, they lack the training necessary for deep thinking and for making something beyond the subject matter.

d) On the last page of the unit in a textbook, problems (tasks) are always given. So, there are very few opportunities for students to set relevant self-initiated problems. The students are trained in the ability of ‘problem solving’ but not ‘problem setting’.

e) Utilization of the ‘Period of Integrated Study’, whose purpose is to increase the motivation of each student, is insufficient.

Given the above reasons, we are facing much difficulty in introducing creativity education into ordinary schools.

More in this category: « Design Like a Child: A Study on Creative Ideation Games Evoking Playfulness, Recklessness, and Humor
Login to post comments
back to top