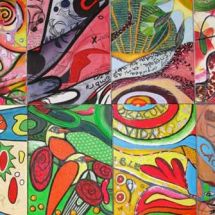 Conexion Dracula was conceived in 2010 when Analisa Williams (Casa Cultural Huellas) and Andres Maduro (Maduro's Tropical Flowers) met at an exhibition of Oswaldo de Leon Kantule. Both had wanted to create an artist residency but never had had the opportunity to do so. Analisa had the art world insight, experience and had organized creativity workshops. Andres, on the other hand, managed the Finca Dracula Orchid Sanctuary, a collection of more than two thousand orchid species and inspiring gardens - the perfect setting for such activity. Both were perfectly matched to this project.

Later in 2011 they got together and organized what was the first Conexion Dracula.

It ran for seven days and nine plastic-art artists were invited to participate. The original aim of the project was to provide an opportunity for artists to be inspired by Panama's nature, in particular the orchids within Finca Dracula. The first residency was a success. Both the artists and the organizers had surpassed their expectations.

The next Conexion Dracula had its duration stretched to ten days, the number of artists increased to 11, and the disciplines expanded to include photography and literature. The artist composition included: two returning artists to give continuity, one established artist invited to provide experience and eight artists chosen by open competition.

After the first residency the organizers had noticed that, although the artwork created during the event had interesting features from elements in Finca Dracula, it still reflected that the artists had remained within a comfort zone. As a result, they didn't take full advantage of the resources available.

To push the artists further away from that comfort zone the organizers aimed the goals of the project more towards promoting creativity. To catalyze those new objectives, they added a structure to the program.

More in this category: « Avoiding the zero-sum game Interview with Claire King - author of The Night Rainbow »
Login to post comments
back to top