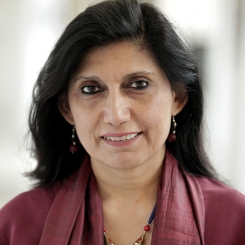 Rivca Rubin is a consultant; trainer-facilitator-coach-mediator, working in the Cultural, Higher Education, Health and Social Change sectors. She assists organizations to create meaningful visions, work places and practices that are motivating and engaging, teams to communicate effectively with clarity, and people to live the lives they want to live. She works with NGOs delivering training to facilitate social change. She specialises in the psychology and sociology of linguistics, raising awareness of the impact of how we think and express ourselves, on ourselves and others. You can find out more about Rivca at www.rivcarubin.com

We invited Rivca to interview a woman from the cultural sector who inspired her and was making a difference to the lives of others, we were delighted when she selected the activist and published writer Fouzia Saeed. Fouzia has published a book and a film entitled, I WAS NOT ALONE, presented by the World Movement for Democracy which explore the culture of her campaign to change the laws for women’s empowerment in Pakistan www.wmd.org/iwasnotalone. Fouzia now heads The National Institute for Folk and Traditional Heritage in Lahore, Pakistan.

Rivca: Fouzia, how did it all start?

My PhD is in Education, and as a student in Pakistan, I was very engaged in student politics, women’s rights and cultural activities. My career started out with the Government, then worked with an international organisation, and then for the United Nations (UN) for 5 years.
Whilst at the UN heading the Gender Programme, I witnessed a lot of sexual harassment. We women were treated like things. It took two years to fight a particular case, and I realised that on a case by case basis we would get nowhere. We needed to work at legislation at policy level. In 2001 I talked with several like-minded organisations to campaign for some kind of accountability and justice.
We started the ‘Aasha’ movement (Alliance against Sexual Harassment), ‘Aasha’ means hope. Our approach was positive from the outset. Building solid alliances, it took about ten years to bring enough people and politicians on board. We finally got the bill through in Pakistan in 2010 and got two news laws passed.
We needed to change mind-sets. In Pakistan, the socialisation of women focuses on what we cannot do. As kids we used to play in the streets freely, girls and boys, and as we got older we were told you cannot go out anymore to play in the streets with the boys. You cannot go out when it’s dark; you cannot dance in public. We are told where we cannot go, what we cannot do, what we cannot wear, how we cannot behave and those kinds of restrictions carve us into that role. In my college days in Peshar we had to cover ourselves. The many positive things you can do as a girl are not articulated. Many women internalize their restrictions, and see them as natural or God-given, a born norm.

Rivca: Tell us a bit about your background and upbringing?

My mother was married younger than 16. She was very fond of communication, and she was determined that her children had education, and a lot of possibility. My father always pushed us to any opportunity to explore, go to other cities, and later other countries. It was their yearning that children should have more opportunities than they did. This is not uncommon in Pakistan. My parents gave us the space to build and argue a case, and convince. As an early teen I learnt to negotiate space; I utilized this fully and created win/win situations.
When necessary, I complied strategically, not to rock the boat. I would partially negotiate, and I would comply like 80%, and you give me 20%. Depending on the situation, there are times when I don’t assert, and times when I do. Empowerment is when you are aware of your options and choices.

Rivca: During the 10 years leading up to the seminal laws being passed, what where the biggest challenges and how did you address them?

We were a few very committed people, a big challenge was the spread of the message, movement and ownership, and bringing on board a lot of stakeholders. We had several strategies, for instance an annual woman’s working day, a gathering of working women from different fields, constituencies and provinces, to which we would invite strategic partners from government and the private sector to and for the women to talk to the policy makers, show them that we are many, that we demand this, and that we are speaking at national level. Speaking to them in their own languages also helped enormously, so for instance with the private sector we spoke their language using their terms, telling them you will be able to run your shop better and you will be able to access this rich human resource, which is 50% of Pakistan.
It is so important to explain something to another in that persons’ language.
We got the labour unions, academia, media, and then gradually the politicians on board. That was a huge hurdle, because among the politicians are conservatives and progressives, they are so very busy and we didn’t have those connections. Just getting into the parliament and building with enough credibility took about three years.
Another challenge was one of terms and the sensitivity to them. The term ‘sexual harassment’, the word ‘sexual’ created a lot of problems, especially among the politicians. Women saying this word ‘sexual’ must be very immoral. The government refused to come on board with this kind of ‘vulgar terminology’ so we had to re-title our ‘Anti Sexual Harassment Policy’ and chose ‘Code of Conduct for Gender Justice’. And that brought the government around the table.
This educated us and it educated them. 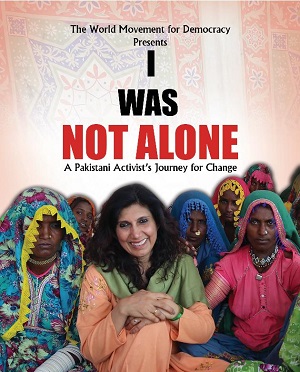 We worked systematically in groups, spoke with men about not seeing the problem from a distance, but as a real personal issue, about their daughters and family members, like their daughters going to work.
We were also able to connect with the poverty problem. Everyone wants the world to be safer for their daughters; they want their daughters to get good grades. With every stakeholder there was a different angle. The conservative element was the biggest challenge, they said that it’s only western-influenced women who experience these problems and our good Muslim women do not have a problem, there is no harassment at all. So we had to build enough support among the progressive politicians.
Once the laws were passed from the National Assembly, we went to the Senate and through the process. Some religious leaders created a lobby against the laws. We were very surprised because it was the day of voting, and they started a sort of a rally within the Senate against us. With the help of a senior politician the issue was deferred to the next day. We managed to get a one night break, and on that evening we lobbied with a group of elders from one particular province. We said, you have a history of being more secular and more liberal and a history of being pro-women, so why are you siding with them? How can you oppose women asking for dignity and a safe environment? They appreciated that we had approached them in a very neutral manner, seeking justice, not blame. They finally understood and were convinced, and the next day they helped us sway the house and get the votes.
We approached this particular leader who had openly said unhelpful things in the media. We didn’t blame, nor show any anger about his stance towards women. We approached him with dignity, as a politician and policy maker. We explained to him that we are talking about the dignity and safety of women, and he got it! He liked the fact that we approached him and explained. And when he sided with us, he also lobbied for us.

Rivca: So what are your essential ingredients to engage and get support for a cause like this?

I never want to use jargon, and never the generic. I always talk to them about real life situations.

Rivca: So it is about personal impact, and personal benefit?

Rivca: What would you say are the approaches that don’t bring desired results?

Being judgmental, self-righteous, believing we are for the cause and the other person is against it. Also generalizing or stereotyping a category of people and then approaching them in that manner, i.e. ‘politicians are like that, or this party is progressive and that party is not’. Preconceived ideas and pessimism, my god! Pessimism is like poison.

I feel that you can develop a link with every person you meet regardless of which party or group they belong to; you can find strong allies everywhere. In senior and junior positions, security guards, junior clerks, maybe in a progressive party, maybe in a conventional party, and I think we should believe in our own strength. We found gems in places we least expected.

Rivca: Does this translate into other areas of life?

I think that ‘giving up’ is not something I actually understand. If I want something or a direction, I would just try everything in a really sincere manner.

The desire to bring about real change in the lives of myself and people, and the connection I see with myself and my issues, it’s always me and other people. It’s all personal and political, intertwined. I have never really experienced doing a ‘noble cause’ kind of a thing. The people I work for includes me. Strength - I get it from the women - from my family, my grandmother and my mother; they are all very strong women. And the passion for change, I so badly want to see our younger girls laugh and explore life, and live life.

To me the problem lies with the imbalance of power among human beings. That is a very core issue.

Rivca: What do you think drives this desire to have power over, erect or maintain hierarchies, create and use status, and assume authority over other people?

I think control. To control and steer what everybody else is doing, to protect themselves and their own turf. And there are a lot of perks with power.

Rivca: I’d like to offer a theory, a bedrock of Non-Violent Communication introduced by Marshall Rosenberg in the ‘70s. When people are truly comfortable, content and feel secure, they do not need nor exercise power over others. When our needs are met, we feel in control and in charge of our lives.

Rivca: The greater the lack of self-esteem, the more the person seeks control and power over others, and uses status and authority to suppress others or make them obey. And the higher our self-esteem and self-awareness, the more comfortable people are with themselves, the less controlling they are. They seek and create ‘Power With’. Mahatma Gandhi is a good example.

Rivca: So, what is it that would assist people to move away from needing that power over position?

Build their own self-confidence, and create environments where it is not easy for people to gain power. It’s a group question. We need to evolve groups of people, be that a community, society, neighbourhood, a class, an office, where we cultivate a group culture that does not create the space or encourage such power take-overs. I agree with Marshall Rosenberg, ‘The endeavour is to create a quality of connection that allows everyone’s needs to be met at less or no cost, or loss, to self or others.’

Rivca: Thank you very much, Fouzia.

I Was Not Alone: A Pakistani Activist's Journey for Change - Short Version World Movement for Democracy
More in this category: « Dr Titus Leber - Africa Interactive
Login to post comments
back to top