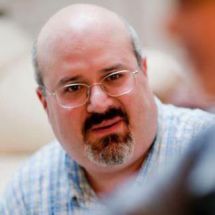 Dr. James C. Kaufman is a Professor of Psychology at the California State University at San Bernardino. He is the author or editor of 23 books either published or in press. These include Creativity 101 (Springer, 2009); Cambridge Handbook of Creativity (with Robert Sternberg; Cambridge, 2010); Essentials of Creativity Assessment (with Jonathan Plucker and John Baer; Wiley, 2008), and International Handbook of Creativity (with Sternberg; Cambridge, 2006). Kaufman has published more than 200 papers, chapters, and reviews. His research has been featured and discussed in CNN, NPR, New York Times, Los Angeles Times, Wall Street Journal, New Yorker, and the BBC. He has traveled around the world talking about the power of creativity, keynoting in Taiwan, Qatar, Korea, Spain, France, and other places.

Kaufman is the President of American Psychological Association's Division 10 (Aesthetics, Creativity, and the Arts). He is a Fellow of APA (Divisions 1, 5, 10) and the Association for Psychological Science. He is also the founding editor of APA's newest journal, Psychology of Popular Media Culture. He is also the editor of the International Journal of Creativity and Problem Solving and he is the Series Editor of the "Psych 101" series from Springer Publishing. He was a founding co-editor of the official journal for APA's Division 10, Psychology of Aesthetics, Creativity, and the Arts In addition, he has served as an Associate Editor for Psychological Assessment, Journal of Creative Behavior, and Research in the Schools. His awards include the 2003 Daniel E. Berlyne Award and the 2012 Paul Farnsworth Award from APA's Division 10, the 2008 E. Paul Torrance Award from the National Association of Gifted Children, the 2011-2012 Mensa Education & Research Foundation's Award for Excellence in Research, and the 2009 Early Career Research Award from the Western Psychological Association. 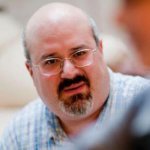