Views on Cultural Diversity in the EU 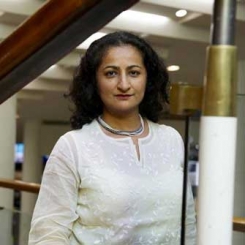 In 2015 VSDB Consultancy, which is the business of our Co-Editor, Venu Dhupa was approached by the Embassy of the Kingdom of the Netherlands in London to conduct a perception study of the value of the activity of the Embassy in advance of a potential move to the new ‘international quarter’ near Vauxhall in London. The findings of this study were presented to the Embassy in London, the appropriate Ministries in Den Haag and to the cultural sector in Amsterdam. One of the findings was that the UK cultural sector thought that the Dutch as nation were well placed to lead the way in the formulation of a new position statement for cultural diversity in the European Union, particularly as they were about to assume the Presidency of the EU early in 2016.

VSDB was encouraged to form such a position statement, particularly as Non-Departmental Bodies and Academic Organisations are realising just how important culture is, despite it being a devolved policy in EU terms. On closer examination there had been little primary research into the subject since 2008. So between June and September 2016 VSDB conducted an EU wide research study to understand and examine attitudes towards cultural diversity and increasing cultural diversity in the European Union. The aim was to generate data and a short high level statement which might act as a counter-weight to some of the rhetoric emerging from certain elements within the political frame. The research was supported by more than 20 EU Networks and received contributions from 27 EU countries.

Alongside the research discussions in Den Haag, Amsterdam and London on Diversity, Culture and the EU. These took place in February 2016. The research was further extended in 2017 to include 5, one hour discussions with Virginia Commonwealth University in the USA, to explore the differences and similarities between attitudes and issues in relation to diversity between the UK and this part of the USA.

The findings will be disseminated to Ministries of Culture and Education in the EU, at European seminars, but firstly at the prestigious 4th TransAtlantic Dialogues Festival in Luxembourg: Creating Human Bonds Through Cultural Diplomacy, at the end of May 2017. You can find out more about this event at: https://transatlanticdialogue2017.uni.lu/

A summary of the research will also be published in this journal. You can find out more about Venu Dhupa on her website: www.venudhupa.com