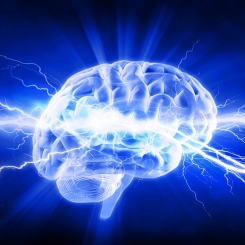 The terminology psychologists employ to explain thinking and behaviour can vary according to the theoretical perspectives they adopt. In other words, different psychologists may use different terminology to describe the same phenomenon. For example, psychologists working in the Freudian tradition may refer to ‘the unconscious’ whereas others may prefer to talk about ‘the long term memory’ or ‘deep levels of processing’. The terminology selected normally reflects the psychologists’ assessment of what they judge best describes or explains the phenomenon being addressed.

In this fascinating paper, the authors argue that unconscious thinking is an active process which has a key role to play in the generation of creative ideas and solutions. As they point out, for many years ‘the unconscious’ was regarded as entirely passive and the idea of an active unconscious is a relatively new one. They also offer a useful discussion on the phenomenon of ‘incubation’ in creativity and its relationship to unconscious thought.

But do you need a psychologist to tell you how to think more effectively? Wouldn’t you agree that if you simply think long and hard about a decision and carefully weigh up all the options, that you’ll stand the best chance of coming to a good conclusion?

Creativity often relies on temporarily holding back one's conscious thoughts from the respective task, which supports the emergence of valuable creative insights into the respective situation in the next phase of conscious deliberation. This phenomenon of incubation has been frequently explained as a consequence of the mere shift of attention away from the task, which in turn would allow for a fresh look at the relevant information upon one's returning to its conscious analysis. The present paper argues that the unconscious plays an important and active role in incubation, ignored by the aforementioned perspective. To this purpose, we review the relevant research on a specific theory, that has been recently developed, focused on unconscious thought and we bridge the two areas of study – on creativity and on unconscious thinking. Specifically, we first identify the common mechanisms and moderators, shown to be involved both in incubation and in unconscious thought, that suggest that the latter might be at the psychological core of the former. Secondly, we highlight experimental results that provide evidence for the thesis that unconscious thinking is an active process by which information is organized and mental associations are spurred, both in general reasoning and in creativity tasks, further suggesting that creative incubation effects are of a significant magnitude due to the active involvement of unconscious thinking.

More in this category: « The Nature of Creativity in Craft: Insights from Easter Egg Decoration Guest Editor - Prof Ana Constantin PhD »
Login to post comments
back to top