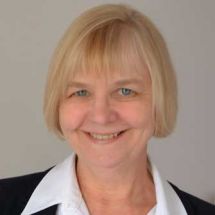 Marilyn is voluntary Chief Executive of UK registered charity, the Creativity Centre Educational Trust (CCET), which she co-founded with Caroline Fryer Bolingbroke to formalise the not for profits activities of their SME, The Creativity Centre UK Ltd. Having set up this charity they then handed it over to a Board of Trustees.
Marilyn is a chartered psychologist, internationally published author and researcher specialising in creativity and human development. Before setting up the Creativity Centre UK and CCET, she was Reader in Psychology at Leeds Beckett University where she specialised in international research, course development and teaching in creativity development, developmental and cognitive psychology. Her work in the area of creativity grew out of her doctoral research, supervised by Professor John Collings and Dr Richard Perkin, into the views of 1028 UK educators on creativity, teaching and learning. This revealed highly significant intergroup differences in perceptions of creativity (between male and female teachers, those teaching different subjects, and teachers most and least oriented to creativity) which she found co-varied with preferred ways of teaching. Her findings have been published and presented internationally in various languages.
This early research led her to develop a series of accredited undergraduate and post graduate awards in applied creativity which she taught for more than a decade and which were successfully accessed by several thousand students. More recently, she has been involved in examining higher degrees in creativity development for UK and Australian universities.
Her other work has included consultancy on creativity in education for the UK National Advisory Committee on Creativity & Cultural Education (NACCCE) led by Sir Ken Robinson, for the UK Qualifications & Curriculum Authority (QCA) on creativity across the curriculum project which led to the publication of Creativity: Find it, Promote it! as well as consultancy on creativity development in education and in business for various, government departments in the UK and overseas.
Marilyn has delivered various keynotes on creativity development for example in the UK, the USA (Torrance Lecture Series), Malaysia (Nobel Prize Centennial Exhibition) and Japan (Japanese Association of Educational Psychology) as well as in Eastern and Western Europe (e.g. University of Lisbon, Technical University of Iasi and Tallinn University). And she played an active role in the European Year of Creativity & Innovation (EYCI).
Together with Caroline she has undertaken a number of EU- funded projects as well as projects funded from a variety of other sources. A key aim is to contribute to the body of knowledge about creativity and its development and how this dove-tails with what is known about human development. Bringing these two fields of study together is her main motivation for co-founding this ejournal.

More in this category: Caroline Fryer Bolingbroke »
Login to post comments
back to top