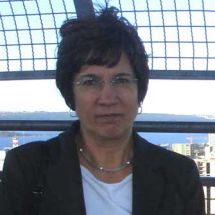 Manuela is a professor at the Faculty of Psychology in the Universidad Autónoma de Madrid. She is an expert in the psychology of creativity. She has centred her research on creativity for more than thirty years and has published the results of her work in numerous articles, research papers and has written four books. She is co-author of a test for evaluating creativity in children: TCI, Test de Creatividad Infantil (TEA Ediciones, 2008, Madrid).

From 1998 to 2003, she was the Spanish contributor to Creativity´s Global Correspondents, edited by Morris Stein and published by the Winslow Press, New York.

Manuela has lectured and given courses and workshops throughout Spain, Portugal, Italy, the United Kingdom and many Latin American countries. In 2000, she organized the First National Meeting of University Teachers and Researchers of Creativity at her university. She has been the director of the Doctorate in Applied Creativity at the Universidad Autónoma de Madrid since it was first offered in 2000. She has participated in organizing eight international meetings about creativity. And she was a co-founder and is currently is currently vice president of the Creativity Association in Spain: ASOCREA.

Manuela´s biography was featured in the 2006 edition of Who´s Who in Science and Technology and in the 2008, 2009 and 2010 Who´s Who in the World. She was recognized as International Scientist of the Year 2007 by the International Biographical Centre in Cambridge. She has been interviewed on different occasions by the media regarding issues related to creativity. Twice she has appeared on REDES a popular scientific programme from Televisión Española which is transmitted throughout Spain and overseas.