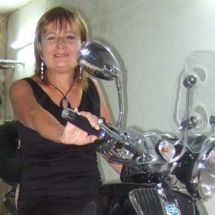 Sandra Dingli is an Associate Professor at The Edward de Bono Institute for the Design and Development of Thinking at the University of Malta. She conducts workshops and delivers lectures on creativity and innovation management, foresight, Edward de Bono thinking methods, philosophy of mind and philosophy of artificial intelligence to undergraduate and postgraduate students. Sandra set up the Institute in collaboration with Professor Edward de Bono in October 1992.

Over the years Sandra has been instrumental in the field of creativity education in Malta. She had set up a summer school for children at the University of Malta which based its curriculum on creativity and thinking skills. She has collaborated with the Education authorities in Malta to introduce creativity and thinking skills as a subject in state schools there. She has extensive experience of teaching creativity at all levels, ranging from primary school children to postgraduate university students and professionals in private and public organisations.

Sandra has organised six International Conferences on Creative Thinking at the University of Malta. She has edited five books with selected proceedings of the International Conferences which have been published by the University of Malta Press. Her numerous publications include Creativity and Strategic Innovation Management with M. Goodman as co-author and a chapter on ‘Thinking Outside the Box: Lateral Thinking as an Educational Innovation’ in The Routledge Companion to Creativity (2008) edited by Tudor Rickards, Mark Runco and Susan Moger.

Sandra enjoys the opportunities which new technology offers in today’s ‘flat’ world, especially when this involves networking and international collaboration. She has travelled extensively to countries which include India, Malaysia, Australia, Taiwan, the USA, Germany, the Czech Republic and the UK to conduct workshops and to deliver papers at conferences.