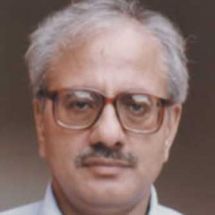 Professor M. K. Raina has devoted almost four decades to studying and researching different aspects of creativity, giftedness and talent. For his contributions, he was nominated in 1992 for the Torrance Creativity Award of the National Association of Gifted Children in the US. During 1986-87, he was a Fulbright Visiting Scholar in the Torrance Center of Creative Studies at the University of Georgia, Athens, USA.

In 1996, he was awarded the First World Council Creativity Award of the World Council for Gifted and Talented Children. The World Council described him as 'an outstanding model of creative thinking, as well as a promoter of the importance of creativity'. During 1996, he visited Israel to study their gifted education programmes. Again in 2006 again he was nominated for the National Association of Gifted Children's Torrance Creativity Award. However, in the same year, The Georgia Association for Gifted Children awarded him the E. Paul Torrance Creativity Award, recognizing his outstanding achievements in areas related to the study and/or promotion of creativity. As well as being a member of the Editorial Board of Creativity & Human Development, he was the catalyst for this initiative. He is also External Advisor to the Creativity Centre Educational Trust (CCET), succeeding Dr Morris I Stein and Dr E Paul Torrance in this role.